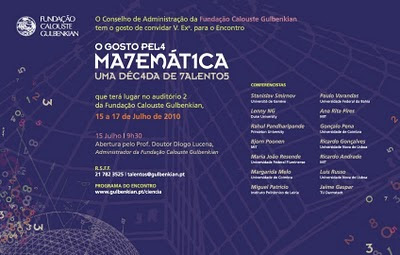 Abstract:
Knots, which can be defined and treated in a simple combinatorial manner, can also be used to encode the topology of any three-dimensional space.
We will introduce the subject of knot theory in the first lecture, and describe some classical and modern knot invariants.
In the second lecture, we will explore the relation between knots and three-manifolds via Dehn surgery, and discuss related recent developments in knot theory and low-dimensional topology.
Counting in algebraic geometry
by Rahul PANDHARIPANDE (Princeton University)

Abstract:
There are problems in many branches of mathematics that have been proved to be unsolvable, usually by relating them to the Halting Problem in computability theory.
I will discuss some of my favorite ones, and mention some other problems for which it is not yet known whether they can be solved.


What is a random walk?
by Stanislav SMIRNOV (Université de Genève)

Abstract:
Imagine someone walking randomly around a city: arriving at each intersection, he tosses a coin to decide where to turn.
How far will he get after N intersections? What will his trajectory look like?
Though the procedure is quite simple, its variations lead to very interesting mathematics and describe well a number of physical phenomena.
We will discuss several theorems about random walks, from classical to the very recent ones.

Abstract:
In 2007 and 2008, Terence Tao wrote on his blog essays about the finitization of principles in analysis. His goal is to find for infinite qualitative "soft analysis" statements equivalent finitary quantitative "hard analysis" statements. These equivalences are usually proved using a contradiction and sequential compactness argument. Tao's two prime examples are:
• a finitization of the infinite convergence principle (every bounded monotone sequence of real numbers converges);
• an almost finitization of the infinite pigeonhole principle (every colouring of the natural numbers with finitely many colours has a colour that occurs infinitely often).
We take a logical look on Tao's essays and make mainly two points:
• the finitizations can be done in a systematic way using proof theoretical tools, namely Gödel (Dialectica) functional interpretation;
• Heine-Borel compactness arguments are preferable to sequential compactness arguments, for reverse mathematics reasons.
These points are then illustrated in a case study: the almost finitization of the infinite pigeonhole principle.
This is a joint work with Ulrich Kohlenbach.
Behavioral algebraization of logics
by Ricardo GONÇALVES (U Nova de Lisboa)

Abstract:
The theory of Abstract Algebraic Logic (AAL) aims at drawing a strong bridge between logic and algebra, by generalizing the well known Lindenbaum-Tarski method. Despite of its success, the scope of applicability of the current theory of AAL is still quite limited. To wit, logics with a many-sorted language or with non-truth-functional connectives simply fall out of its scope. The subject of our work is precisely the quest for a more general AAL framework. We present a generalization of AAL obtained by substituting the role of unsorted equational logic with many-sorted behavioral logic.
Compactified jacobians of singular curves
by Margarida MELO (U de Coimbra)

Abstract:
One of the main features of algebraic geometry is that often the space parametrizing algebro-geometric objects of certain type, a so-called moduli space, is, again, an algebraic variety or, more generally, an algebraic stack. After recalling some classical examples of such situations I will focus on the problem of getting modular compactifications of moduli spaces of line bundles over singular curves, describing the relation between different existent solutions to this problem as well as some new results.
Cracking of composites
by Miguel PATRÍCIO (Inst. Politécnico de Leiria)

Abstract:
As early as in the Ancient Egypt composites were already part of the daily life, with mud and straw being combined to form resistant bricks. Nowadays many engineering structures such as airplanes, racing cars or even fishing rods employ composites designed to resist extreme conditions. However, such conditions are prone to the occurance of cracking. We will discuss how this phenomenon may be modelled.
Numerical simulation of the incompressible Navier-Stokes equations in a moving domain: Application to hemodynamics
by Gonçalo PENA (U de Coimbra)

Abstract:
The accurate simulation of blood flow in arteries is critical if we are to trust the simulation's predictions. In a fluid-structure interaction setting, as it is the case of blood flowing in arteries, it is all the more important to obtain reliable results to undertand, for example, the impact of pathologies on blood flows in the cardiovascular system. In large arteries, blood behaves like a Newtonian fluid and can be modelled by the incompressible Navier-Stokes equations. In this talk we address the numerical simulation of the incompressible Navier-Stokes equations defined in a moving domain and its application to the simulation of blood flow in (large) arteries. The presentation is divided in two parts: in the first part, we introduce the Navier-Stokes equations and discuss how to solve them numerically using high order approximation methods in space and time; the second part of the talk is dedicated to the application of the numerical algorithm presented to a simple hemodynamics problem.
Symplectic geometry
by Ana Rita PIRES (MIT)

Abstract:
The study of flat surfaces has connections with many subjects as complex analysis, Riemann surfaces theory, algebraic geometry, number theory and dynamical systems. But what is interesting is that we can formulate sophisticated problems related with flat surfaces using a simple dynamical system known as interval exchange transformation.
In this talk, we will introduce the notion of a flat surface as a suspension of an interval exchange transformation and some related combinatorial arguments. At the end, we will mention some dynamical results obtained recently in this context.
Fully-compressed suffix trees
by Luís RUSSO (U Nova de Lisboa)

Abstract:
Suffix trees are a fundamental data structure for string processing problems, with myriads of applications in fields like bioinformatics and information retrieval. In this talk we will present suffix trees representations. We explain the classical representation that requires O(n \log n) bits, for a string of size n. We will also present some of the principles underlying state of the art compressed representations, that require essentially the space of the compressed string. One important such relation uses the notion of lowest common ancestor between nodes.

Abstract:
One of the main goals of dynamical systems is to describe the asymptotic behavior of the majority of the orbits as the time evolves. In the ergodic theoretical approach invariant measures play a key role. We will discuss the construction of equilibrium states in the context of some chaotic dynamical systems.
Publicada por Joaquim Maria Castanho à(s) 18:16 Sem comentários: Hiperligações para esta mensagem 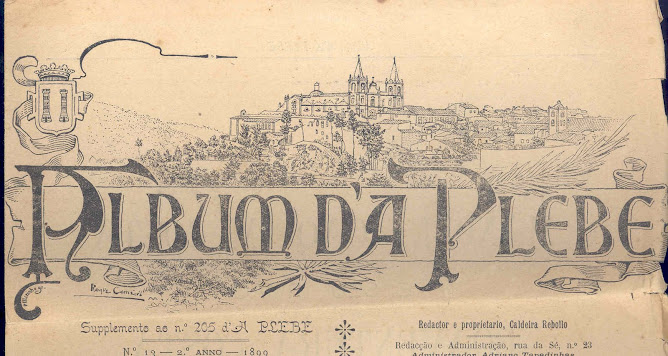 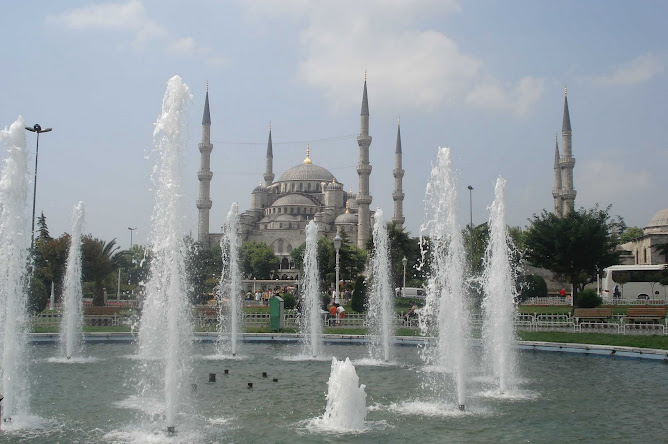